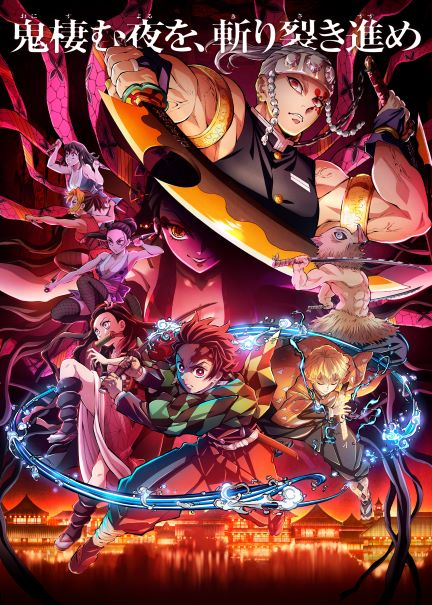 The second season for Demon Slayer is coming soon. Here are some tips about the Yukaku Yoshiwara that make you understand and enjoy the story more.

The story takes place in a town-like section called Yukaku (遊郭 ゆうかく) in Tokyo. Yukaku is a licensed quarter where houses of female prostitutes were gathered. The history of Yukaku is very old; the first Yukaku was founded in Kyoto around 1589. The Yukaku in Tokyo, called “Yoshiwara (吉原 よしわら)” ,where Tanjiro and other Demon Slayers spied in, started in 1612 and ended its long history when the Prostitution Prevention Law was enforced in 1958.
Note: The story of Demon Slayer took place in Taisho Era (大正時代 たいしょうじだい), 1912-1926.

The size of Yoshiwara was about 66,000 square meters and that’s almost same as the White House and grounds (18 acres). This might sound pretty wide (I’ve never been to the White House though), but, at its peak, over 8000 people lived there (about 3000 prostitutes and 5000 staffs). So… this is just amazing…

The life in the Yukaku

The Yukaku were dazzling places where big money was moved in a night but the women working there weren’t happy. Most of them were sent to the Yukaku when they were young because of poverty. They did some chores around houses for years until they started working as prostitutes called “Yujo (遊女 ゆうじょ)”. “遊” means “play” and “女” means “female”.

The little girls around Koinatsu (鯉夏 こいなつ) in Demon Slayer were probably “Kamuro (禿 かむろ)” Kamuro were very young girls who were also sold to the Yukaku. They learned Yujo’s behaviors by doing chores around them because they were too young to start working as Yujo.

The average length of contract as Yujo was 10 years. For 10 years, the young women were not allowed to step out of the Yukaku. Yujo finally could get freedom after their long contracts ended. However some of them stayed in the Yukaku as ‘遣手 (やりて)” after the contract expired. Yarite supervised Yujo and adjusted the meetings between Yujo and their customers. You can see Yarite in Demon Slayer, too.

Yujo were ranked and the top Yujo were called “Oiran (花魁 おいらん)”. It wasn’t easy to play with Oiran, and if one wanted to, he had to spend tons of money and time to attract her.

Oiran often wore the layered gorgeous kimonos and walked to a café inside the Yukaku where her loyal customer was waiting. At the time, many staffs were around her to help her because her kimonos were too heavy, and her heels were too high for her to walk by herself so that it was like a parade and people called it “Oiran Dochu (花魁道中 おいらん どうちゅう)”. When Zenitsu and Tengen first saw Koinatsu (She was Oiran) in Demon Slayer, she was in the middle of “Oiran Dochu”.

Only way for Yujo to get away from the Yukaku

In Demon Slayer, Koinatsu was attacked by Daki, the Upper Moon Demon, when she was about to leave the Yukaku. How could she leave the Yukaku? She was going to get married. Sadly, most girls had to work in Yukaku to pay their household debt. Even though the girls worked in Yukaku for years, it was almost impossible for them to pay the debt before their contracts ended because its interest was excessively high. The only way Yujo could leave Yukaku earlier was to fall in love with someone and have him pay her debt. I hope Koinatsu had spent a new life joyfully with her husband.

Of course, some girls tried to escape from the cramped cage, and this was called “Ashinuke (足抜け あしぬけ). However, it was impossible for them to escape by themselves so that they needed someone to help her, like staffs around them or their customers who didn’t have enough money to pay their debts. Unfortunately, most of them were caught by people of the Yukaku and they had to bear the sever tortures. Even if they made it, it wasn’t easy for young girls who were sent from outside of Tokyo to find a job and live by herself in the big city.

Daki (堕姫 だき) used to be called “Ume (梅 うめ)” when she was a human and the name came from syphilis. She was named so because her mother died from the disease. Syphilis in Japanese is “梅毒 (ばい どく bai doku)”: 梅 means plum and 毒 means poison. Since 梅 can be read “Ume” besides “bai”, she was named “Ume”.

Back then, the sanitary condition was not good as that of today, of course. Many Yujo were terrified of diseases and unexpected pregnancy. Sadly, the average life expectancy of Yujo was only around 27-28. You can imagine how hard to live through in Yukaku though it seemed glittering.

Yukaku was a distinctive space which had really existed on sacrifices of thousands of women. But Yujo in Damon Slayer were described so soft and attractive. We can tell Gotoge sensei has warm personality.

I wrote this article based on some sources (they are all in Japanese…):
Wikipedia for Yoshiwara Yukaku
Timeline related Yoshiwara area
Mizkan: Center of water culture

If you are interested in Yukaku, here’s some articles in English:
JAPAN TODAY
tsunagu Japan 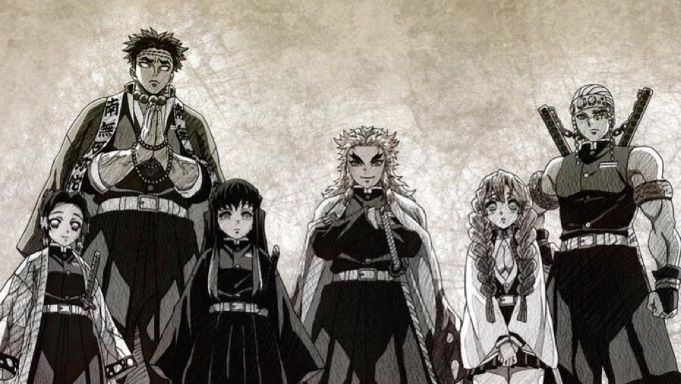 Remaining Quotes Of Hashira In Japanese From Demon Slayer

Here are some cool quotes which will remain your heart of brave Hashira members from the big hit ani ... 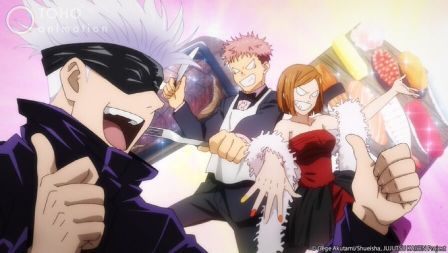 I love Juju Sanpo as much as the original Jujutsu Kaisen story. I can’t watch every episode without ...