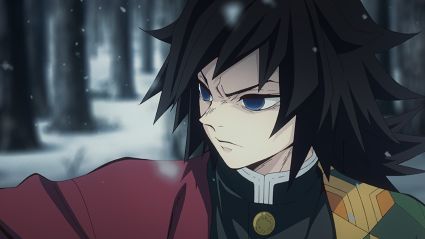 Who do you like in Demon Slayer? Giyu Tomioka? You have good taste! His name Giyu (義勇 ぎゆう) literally describes how he is. 義 (ぎ gi) means loyalty and 勇 (ゆう yu) means bravery. His reticent and diligent personality is attractive to many people regardless of age and gender. Let’s look at his quotes and find out more about him.

Do not let others hold the right to decide if you live or die!!

Hmm... Seisatsu yodatsu. This is a difficult word. I've never heard of it in daily life. This scene is very beginning of the story, so you only know him by name at this point. However, you can tell he is a serious person from this line. Tanjiro had just lost his family by demon when he met Giyu. Giyu also lost his family by demon in the past and he crawled out of the depths of despair so that he knew no one could save who he loved but himself. I think he yelled at Tanjiro because the weakness he saw in Tanjiro was what he had to go over to conquer desperation.

Go back and train harder, fool!!

Giyu told Inosuke to train more who mistook a giant spider-like demon for the 12 Demon Moons. He also told Inosuke that one who couldn’t tell how serious their injury was shouldn’t get in the battle. As a demon Slayer, you need to have an ability to determine an opponent’s strength and your condition to advance the battle effectively. He must have trained hard and made the ability his own.

You hung in there well until I came. Leave it to me from now.

Here is why Giyu is so attractive. When Tanjiro was about to be killed by Rui, one of the 12 Demon Moons, who got overwhelming power, Giyu came in the battle from nowhere and saved Tanjiro with fluent move of the Water Breath. At a glance, he seems a cold person who isn’t interested in others. But he has sensitive and warm heart though he doesn’t show it much.

I am not hated.

The insect Hashira, Shinobu Kocho tossed a bitter word to Giyu who covered Tanjiro and his sister Nezuko from Shinobu’s attack, “That’s why everyone hates you.” According to the official fan book,

Giyu believes he isn’t hated by other Hashira though he might not get along with them well.

He is not a type of person who talks a lot so that other people sometimes misunderstand him, but it seems he does like people and he was just a little quieter than others.
Interested in Shinobu's quotes? →See my article 『Impressive Quotes of Shinobu Kocho in Japanese and English from Demon Slayer』

You are so lucky to have such an easy head to say that this is easy.

Quiet Giyu Sometimes says ironic comments, too. He said this to the wind Hashira Sanemi Shinazugawa when they were having the Hashira meeting. I thought what Shinobu said to Giyu “That’s why everyone hates you.” was harsh, but this really hurts, too! Sanemi is an aggressive person in contrast to Giyu and they sometimes clash because of it. Since their responses to each other are so opposite, it’s kind of fun to see their exchange!

To the other Hashira in the meeting.

This is another line of his that made misunderstanding. To become a Hashira in the Demon Slayer Corps, you must pass the test which you have to survive for 7 days in the mountain full of demons. At the test, Giyu got an attack by a demon in the beginning and was saved by his friend Sabito (錆兎 さびと). His friend died and Giyu was half unconscious for the rest of the test and survived. So, he doesn’t admit himself that he really passed the test and this is why he said “I’m not like you.” to the other Hashira who might have passed the test. Well, it’s too difficult for others to understand what Giyu meant only with this line… Of course, they took it in the wrong way and some of Hashira got mad at him.

I didn’t want to recall it because I wouldn’t be able to stop crying. If I recall it, I would be too sad to do anything.

Like other characters in Demon Slayer, Giyu also went through hard times; he lost his family and friends by demons. The reason he became quiet and serious is that he had to close his mind that sank in depression and regret. Tanjiro tried to open his closed mind with his cheerfulness. Go for it, Tanjiro!

I don’t have a name to tell demons.

Here is Giyu’s cool line to one of the strongest demons, Akaza. Akaza (猗窩座 あかざ) is a fighter type of demon and tends to ask strong people their names (He asked the Flame Hashira, Kyojuro Rengoku’s name, too when they conflicted.) When Akaza asked Giyu’s name, Giyu coldly refused it. What a cool guy!

Defeat me first if you want to kill Tanjiro.

Giyu got so many good lines and it’s hard to pick up although he doesn’t talk much. Tanjiro was saved by Giyu 3 times as I recognize:

Giyu was the first person who noticed the potential of Tanjiro and Nezuko. His passion hidden in poker face made a big step to defeat demons that had suffered humans for over a hundred years. The main character of Demon Slayer is Tanjiro Kamado, but the story wouldn’t have worked without Giyu. 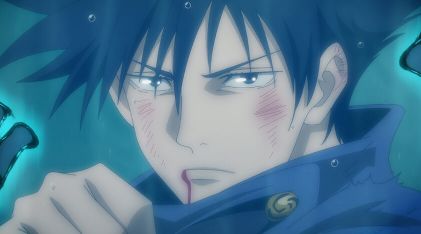 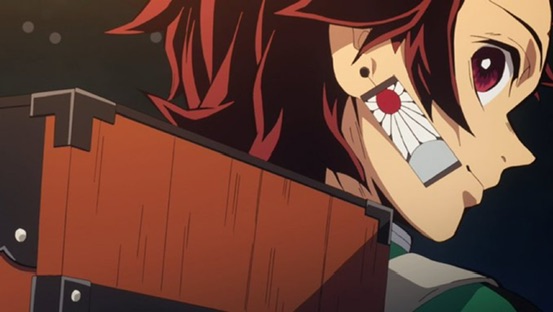